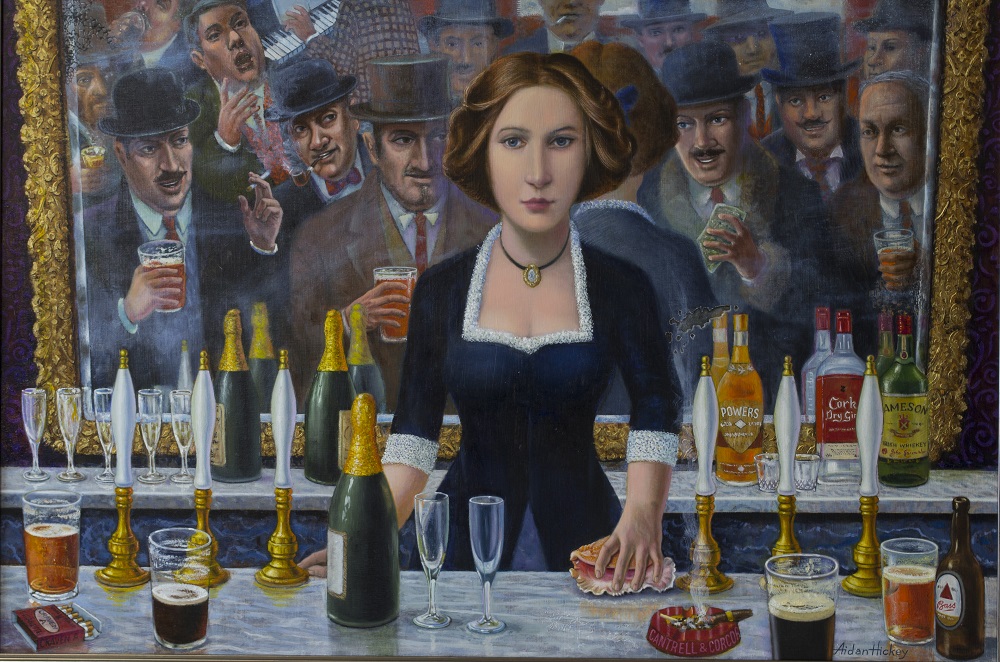 Aidan Hickey studied Painting under Maurice McGonagle at the NCA in Dublin. He read English and History at UCD and did post-grad studies in Film-making at Hornsey College of Art. His working life was spent in Animation, designing, writing and producing films for children’s TV. On retirement, he returned to painting. Inevitably, after a life-time of visual storytelling, he identifies as a Narrative Painter. Speaking of this, he says, “Since the 1950s, narrative painting was more-or-less taboo. When it last was acceptable – in the 19th century – painters found subjects in the Bible, or Shakespeare or Mythology. So I turned to literature. I did a series on Waiting for Godot…. and some big paintings on poems by W B Yeats. This gave me the confidence to take on the challenge of James Joyce’s Ulysses. From that six-year voyage of discovery I learned that my real subject is the European tradition of painting … and my own imagination.”

Please note all published prices are subject to change due to currency fluctuation.

Prints may be subject to a reduced rate customs VAT import tax on works of art.